It is time to rethink obesity within a broader schema of social, economic and environmental malnutrition as Dr Andrew Binns explains. 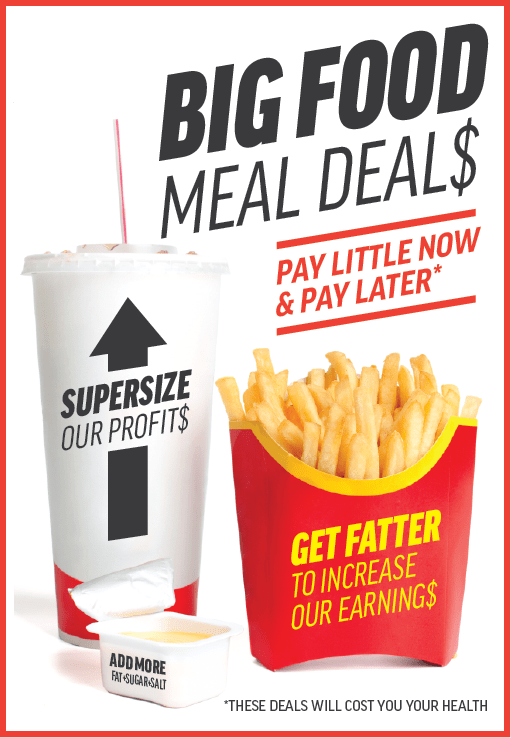 Despite it being a widespread issue, obesity is still regarded by many as an individual responsibility resulting from wrong choices and motivations. However, blaming an individual for inactivity and overconsumption is both unhelpful and inappropriate. A new report issued by the Lancet Commission shows the need to address this issue through a broader socioeconomic and environmental lens.

Regardless of numerous studies and the best efforts of health professionals, obesity worsens. In the 2017 Global Burden of Disease analysis, high body-mass index (BMI) increased by 36.7% between 2007 and 2017, and by 127% between 1990 and 2017. It is the fourth leading risk factor for mortality in the world, with further increases predicted. Of the 192 countries in the survey, Australia ranked 31st, with 28.6% of the population obese. With statistics like these, a business as usual approach does not suffice.

The recent Lancet Commission Report originally focused on obesity but underwent a progression to include undernutrition and climate change. The Commission comprises 26 experts from 14 countries. The co-chairs leading this report are Boyd Swinburn, Professor of Population Nutrition and Global Health in the School of Population Health, University of Auckland; and William Dietz, Milken Institute School of Public Health, George Washington University.

The report describes the syndemic — or interaction of social, environmental and economic factors that promote and worsen disease — of obesity, undernutrition and climate change. The Commission explains that there are underlying human-made drivers and existing feedback loops that lead to malnutrition in all its forms, and that there is a need to achieve both healthy body weight for the population as well as a healthy ecosystem for the survival of the planet.

Unhealthy diets pose a greater risk to morbidity and mortality than unsafe sex, alcohol, drug and tobacco use combined

This global syndemic connects the trio of pandemics to common causes and, therefore, to strategies to address the problem. As a result, the vested interests of ‘Big Food’ — the multinational food and beverage industry with huge concentrated market power — are under the spotlight. As Professor Boyd Swinburn comments, “Until now, undernutrition and obesity have been seen as polar opposites of either too few or too many calories. In reality, they are both driven by the same unhealthy, inequitable food systems, underpinned by the same political economy that is single-focused on economic growth, and ignores the negative health and equity outcomes.”

Boyd continues, discussing how obesity should be evaluated from the same perspective as environmental malnutrition: “Climate change has the same story of profits and power ignoring the environmental damage caused by current food systems, transportation, urban design and land use. Joining the three pandemics together as The Global Syndemic allows us to consider common drivers and shared solutions, with the aim of breaking decades of policy inertia.”

According to the report, should the current trajectories of economic development, population growth and food provision continue, it is estimated that by 2050 the overall demand for food and animal-based food will increase by 50% and 70% respectively, with further destabilising effects of deforestation, species extinction and climate change acceleration. These predictions will affect the poorest countries most and, within countries, the poorest people disproportionately.

Just as low and middle-income countries have been exploited by companies promoting tobacco and milk formula for infants, they have also been targeted by food and beverage companies pushing the consumption of energy-dense food and drinks. Such multinational companies tend to have enormous internal power with governments, with the issue of political donations contributing to this murky relationship, including here in Australia.

The prevailing business model of these large companies that focuses on maximising profits leads to overconsumption of nutrient-poor food and beverages. Ross Gittins, Economics Editor for The Sydney Morning Herald (SMH) wrote in a recent article: “For instance, if the banks are now being criticised on all sides for putting profits before people, why are governments – facing an epidemic of obesity and diabetes – so respectful of the food and beverage industry’s right to continue [to] fatten its profits by fattening us and our kids?” (SMH, January 30, 2019).

Multinational companies tend to have enormous internal power with governments, including here in Australia

The Lancet Commission report makes the pertinent point that at a time of inward-looking national governments, emerging populist movements in many countries, and some misguided trust of data and science, strong international efforts and voices are needed. Governance is so often gradual, focused on individual choice and unable or unwilling to distance itself from strong business influence and short-term political goals.

In turn, the report urges that to address human and environmental malnutrition worldwide, a shift is required toward a plant-based diet. It seems easy enough: doing so would mitigate obesity for obvious reasons, and address undernutrition because those diets are healthier and more accessible. Most importantly, it would curb climate change since growing plants will absorb carbon dioxide whilst production of meat, dairy, processed food and transportation adds to greenhouse gases.

Food systems have the potential to nurture human health and support environmental sustainability; however, they are currently threatening both. Providing a growing global population with healthy diets from sustainable food systems is an immediate challenge. Although global food production of calories has kept pace with population growth, more than 820 million people have insufficient food. Many more consume low-quality diets that cause micronutrient deficiencies and contribute to a substantial rise in the incidence of diet-related obesity and diet-related non-communicable diseases, including coronary heart disease, stroke and diabetes.

Unhealthy diets pose a greater risk to morbidity and mortality than unsafe sex, alcohol, drug and tobacco use combined. Because much of the world’s population is inadequately nourished, and many environmental systems and processes are pushed beyond safe boundaries by food production, a global transformation of the food system is urgently needed to combat both human and environmental malnutrition, including obesity.