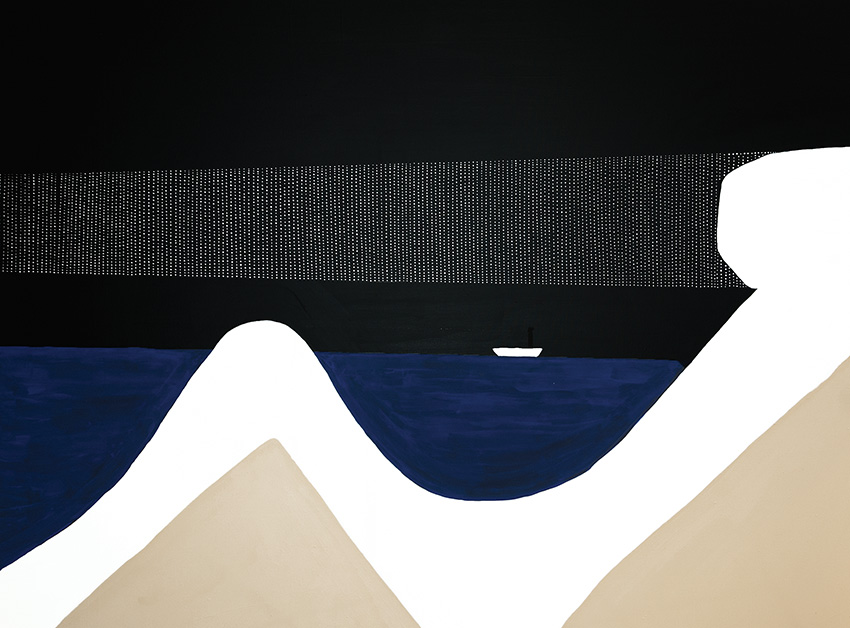 It matters not how strait the gate, How charged with punishments the scroll;
I am the master of my fate:
I am the captain of my soul.
William Ernest Henley

On a dark night in 2000, Michael Philp was at a “doof” party in the middle of a forest near Kyogle. He had years of alcohol abuse and drug use behind him and an uncertain future. Sitting alone in a car, away from the thumping music he felt a strange coldness, like the visitation of some spiritual presence. Reflecting on the turmoil of his life he offered up a silent prayer. He realized this was his life, that no one else was to blame. He fell into a deep sleep and on returning home the next day, scrubbed himself for ages in the shower wanting to get clean, physically, psychologically and metaphorically, and went to AA.

Michael is a Bundjalung man born to a white fisherman and a Murri woman. His father had been a hard-drinking, often violent man who was frequently away. Michael was determined to rebuild the bridges of trust with his ex-partner and to become a father to his own son who had been born in 1998.

The watershed moment came after 20 years of what Michael refers to as “doing a geographical”, running away from everything, difficult situations, responsibilities and life. He was just beginning a testing journey back to family, to himself and a meaningful life. Frustrating and depressing at times, it was ultimately and surprisingly rewarding.

The first outpouring of art was a cathartic purging of pent up emotions and thoughts that found expression in drawings and doodles of stick figures in swirling dreamscapes of eggs, seedpods, webs and trees, eddies, waves and turbulence, charts of inner and outer worlds, watchful spirits and eruptions of violent action. Insistent visions were frantically captured in a series of A5 sketch pads, assuaging anxieties and providing a troubled soul with an active therapy.

It was as if he had been struck by lightning, again, and he painted like a man possessed.

Private doodles of deeply personal, subconscious imagery did not lead to other art and Michael put away his notebooks and got on with rebuilding his life. A few years later when he was feeling burned out from his work with Koori kids in primary school, a friend suggested he should try painting. It was as if he had been struck by lightning, again, and he painted like a man possessed. His work soon attracted attention and he was invited to participate in group exhibitions. As his practice developed his work became more in demand for solo exhibitions, most recently at the Lismore Gallery, COSMOLOGY IN ME and MY SALTWATER MURRIS.

Michael considers himself as a storyteller rather than an artist. He has accepted that he is the channel for his old people’s stories; and his purpose is to do justice to their stories, which are also his stories. He tries to be led by the work, not knowing what story his paintings will bring up, surrendering control and delighting in the epiphanies as he goes along. He embraces the healing he derives from this spiritually demanding practice, a process he describes as “beautiful, magical and hard work”.

He embraces the healing he derives from this spiritually demanding practice

Many of the SALTWATER MURRI paintings deal with nighttime fishing, Michael’s relationship with his father, the sea, moon and stars. Dark nights pierced with a simple yet profound symbolism, the works capture quiet connections between family members, and with the greater world. The paintings contain complex and paradoxical narratives of personal reconciliation; darkness suffused with light, intensely private yet universal stories, nostalgia for a lost childhood facilitating mature healing, immediate yet meditative, and seemingly ancient yet ultra-contemporary at the same time.

The COSMOLOGY IN ME series of prints is taken from Michael’s first doodling sketch pads, digitally reversed so that they are white on a black ground rather than pencil on white. These works shimmer and pulsate like phosphorescence or starlight scattered on a dark sea.

These linked exhibitions of Michael Philp’s individual practice and personal stories are further evidence of how art expression may help individuals to reconnect their thinking and feeling, bridging personal histories to memories. Doodling or painting or making things are whole brain activities, spontaneous, at times unconscious, exploratory, calming and satisfying. They are means by which we may become captains of our souls, exercising self-mastery as well as providing a pleasurable roadmap of thoughts, memories, feelings and ideas.

Michael Philp has learned through experience and his art that for him, “Being creative is an ongoing journey, artistically and therapeutically.”

Art is a revolt against fate
Andre Malraux