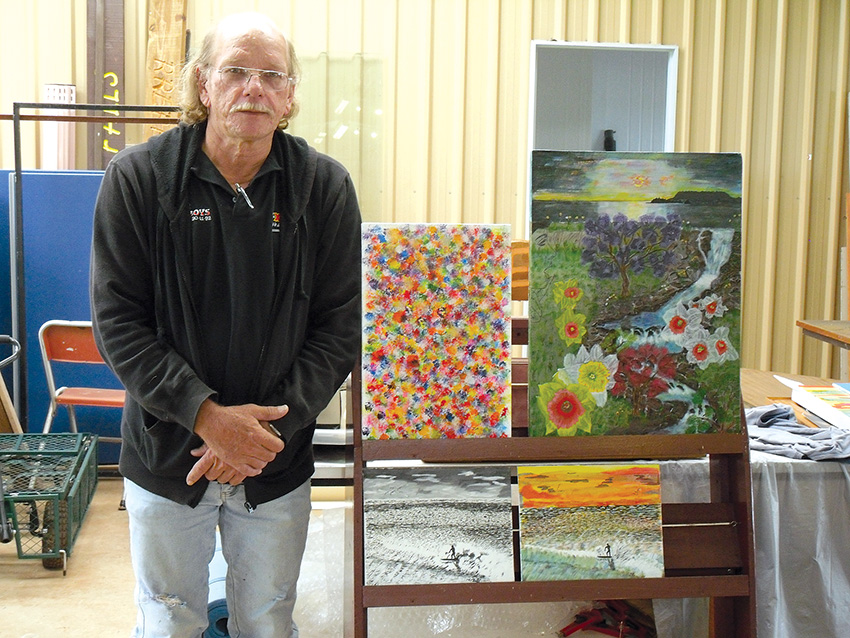 The object of art is to give life shape
Jean Anouilh.

My youngest brother Zip was diagnosed with depression almost ten years ago. A boilermaker by trade, Zip was a bloke who liked a drink and a smoke, and had a ute, a dog and a cat. Returning to work after a lengthy lay-off with a shattered ankle was always going to take a period of adjustment, or so we thought. Zip’s GP advised him to stop work while he tried different medications to alleviate his moods and anxiety. Zip had a difficult three-month wait to see a psychiatrist and continued to work part time to help out a friend.

None of Zip’s family took it too seriously – until he broke off a burgeoning relationship, sold his house and moved one hundred and fifty kilometres away from immediate family to a 10-acre rock-farm with a liveable shed. Zip needed to escape but he had just turned fifty and would still have to earn a living.

After two years of part time work, regular visits to a psychiatrist and different medication, Zip went back to fulltime work as a drive-in drive-out worker at a mine near Charters Towers. He seemed to be doing so well the doctors advised Zip to reduce his medication. Within a short period of time Zip’s work and life became unbearably difficult. By 2010 Zip no longer had a job and was in the wars with Centrelink about applying for a disability pension.

Zip had often talked about taking art classes but had never got around to it. Being away two weeks in three meant his down time had been taken up with chores on the rock farm and the shed was showing signs of neglect. Zip now had the time but some days he struggled to get out of bed except to tend his animals.

Zip lives alone, out of town. Neighbours feed his animals when he is away but he has never really been a member of that community – until now. Through art.

In March of 2012 Zip had his first art lesson. He missed the first three or four weeks of an eleven-week mental health program and produced what he now refers to as an embarrassing painting for our brother’s sixtieth birthday. Zip was brave to gift it so publicly and our brother was suitably gracious in accepting.

Zip has found a way to express himself beyond the side-effects of his medication, his dark moods and rages

Zip had found something. What’s more, he has gone on finding it. Not a great undiscovered talent though he gets better with every painting. Zip has found a way to give his life shape and meaning. Zip has found a way to express himself beyond the side-effects of his medication, his dark moods and rages. When he is painting Zip goes somewhere else, some soothing place where time passes without thought.

He is becoming increasingly addicted. To art. He reads about it. He plans what he is going to attempt next, researches it and finds models to copy which he is now beginning to make his own. Much to his surprise and delight his work has been chosen as a lucky door prize and even attracted a buyer or two.

More importantly, at the Art Shed every Wednesday Zip has found a community, a tribe, to assist, encourage and support him. And he assists them by welding up broken tables and signs and by looking after the gallery on Sundays.

And Zip has goals for paintings and sculpture that put a note of excitement back in his voice and into his life.