According to ‘A Community Guide to the 2009 Social Justice and Native Title Reports’, Indigenous languages are critically endangered in Australia. They continue to die out at an alarming rate. Prior to colonisation, Australia had 250 distinct languages, divided into 600 dialects.

Today Australia has 100 Indigenous languages but most are becoming extinct. Cultural knowledge is carried through languages, so the loss of language means the loss of culture and of Aboriginal people’s connection to their land and ancestors.

This in turn has the potential to impact adversely on loss of identity and the health and wellbeing of Indigenous people.

Up until the 1970s, Australian Government policies and practices banned and discouraged Aboriginal and Torres Strait Islander people from speaking their languages. Many of those who were forcibly taken to hostels and missions under Australia’s assimilation policy lost their language.

Aboriginal people were made to feel ashamed of speaking their language and some were even punished for doing so.

In NSW it is estimated there were 35 Aboriginal languages and about 100 dialects spoken in NSW in 1788. Only a few languages (eg Bundjalung, Gumbaynggirr, Muruwari, Paakantyi, Wiradjuri, Yandruwandha, Yuwaalaraay/Gamilaraay) currently have enough material in a useable form for adults to begin learning the languages.

However, recently NSW became the first state to introduce and pass legislation to acknowledge the unique value and importance of language to our First Peoples and to the State. Recognising this should lead to greater understanding of the people and history of different parts of NSW, to greater respect for Aboriginal people, and in turn more reconciliation between Aboriginal and non-Aboriginal people. 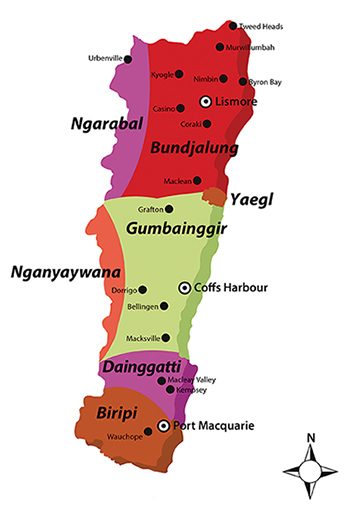 A major barrier is having enough teachers who speak NSW Indigenous languages. Only two NSW languages, Gamilaraay and Wiradjuri, are offered at university level. Reviving languages is a challenging task and for many of these languages, only a few words have been handed down. The last few years have seen activity in researching archives and libraries for these words.

The 2009 Social Justice and Native Title Report stated that Australian governments should act to preserve and promote Indigenous languages because:

In 2009 the Australian Government announced Australia’s first national policy exclusively focused on Indigenous languages aimed at protecting and promoting them. State and territory governments have primary responsibility for school education and it is a major step forward for the NSW Government to now introduce this legislation. Schools and pre-schools are important places where language learning is consolidated and developed.

So how much Indigenous language is taught in our schools in our region? To answer this HealthSpeak spoke with Glen Rhodes, language teacher at Goonellabah Public School who was present to witness the introduction of this legislation. Elder Irene Harrington was also present on that day. Michael Jarrett is Glen’s counterpart on the Mid North Coast.