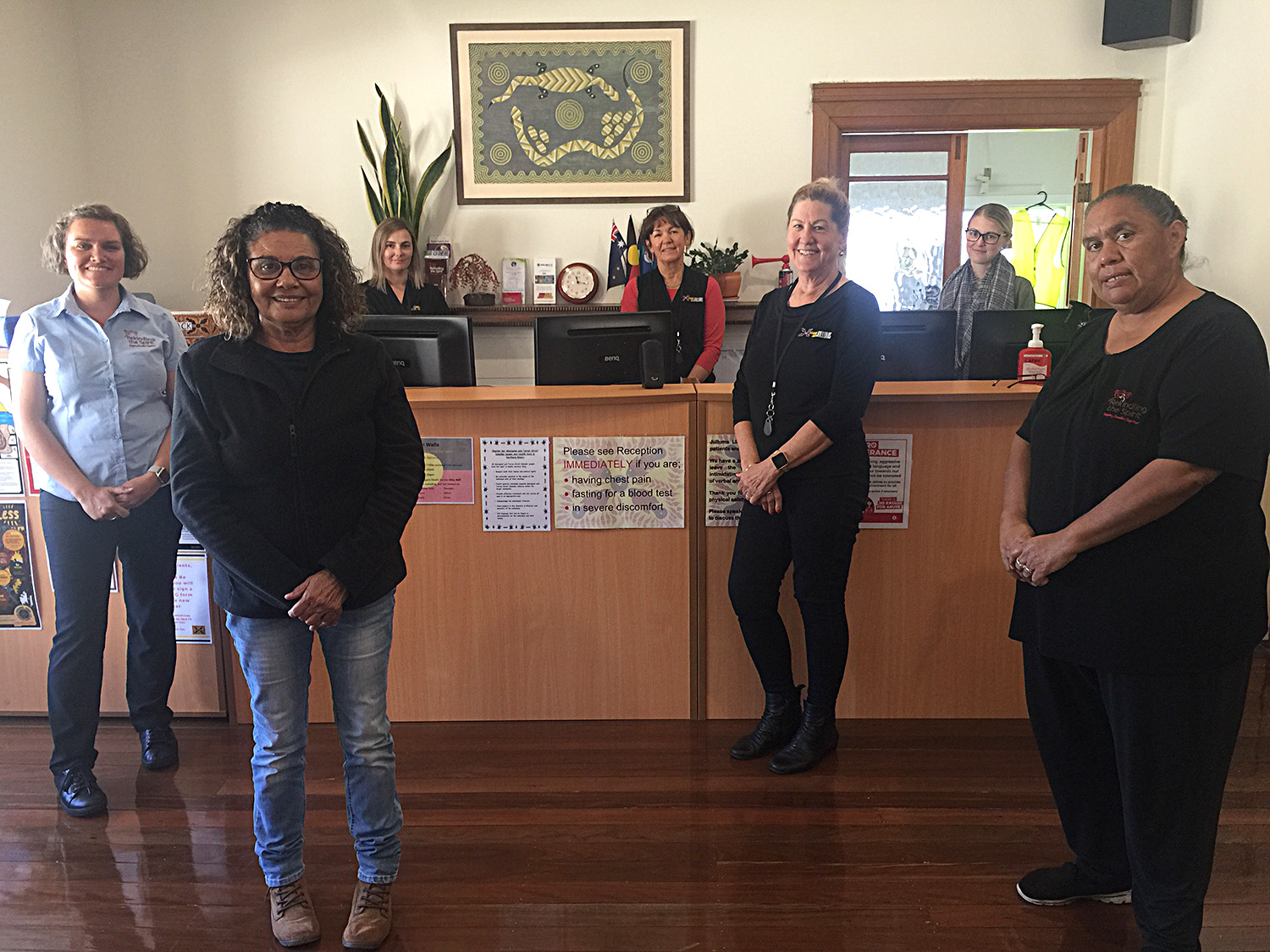 The development of Rekindling the Spirit Health Service dates back 17 years, its roots lying in what was called Gurgun Bulahnggelah (meaning “agree to walk together”), an Aboriginal health promotion service provided by Elli Bradshaw and Teena Binge of the then-North Coast Area Health Service’s Public Health Unit.

Since 1998, the premises had been occupied by the NSW Local Health District’s Aboriginal Health Education Officers. It was suggested that some primary care health services were needed on the site as well, and I nominated myself and sought the assistance of GP colleagues Angela Bettess and Carol Stevenson. We commenced and provided the GP service linked to the Casino Aboriginal Medical Service (AMS) as an outreach service.

Sometime later there were changes which resulted in us relying exclusively on Medicare funding to maintain a rudimentary GP service. We asked for assistance from the Northern Rivers Division of General Practice (NRDGP), and were supported with an electronic medical record system and other resources, including staffing to support a more comprehensive GP service. We were also joined by some other allied health professionals, including a RN in 2008, and the service gradually expanded. We eventually became a service provided by NRDGP with some help from NSW Health.

Then came a name change to Jullums, Lismore Aboriginal Medical Service. The logo was based on an artwork by Bundjalung artist Adrian Cameron, featuring four fish and symbolising people coming together for yarning around health matters.

Jullums partnered with Rekindling the Spirit (RTS), an Aboriginal counselling and support service founded by Greg Telford. They provided a culturally appropriate counselling service for us. When it came time for the North Coast Primary Health Network to hand over the service in 2017 to an Aboriginal controlled organisation, the successful amalgamation chosen was with RTS. The service continued to expand.

Initially our service was in an art deco style house opposite Lismore Base Hospital, charming but requiring a number of refurbishments. By 2020 it was bursting at the seams, with an increasing number of staff and health service providers. The RTS CEO, Georgina Cohen, with support from her Board, found a suitable medical facility nearby in Uralba Street, still close to the Base.

After three months of major refurbishment the big move took place in late-July 2020. The property is spacious, with a lot more consulting rooms for the expanding services. It is early days yet, but there is good feedback already from both the health providers and patients attending. The parking situation is much better and the number of health providers has already increased. Since the move the service has changed its name to the Rekindling the Spirit Health Service. It is located at 92 Uralba Street, Lismore, NSW.