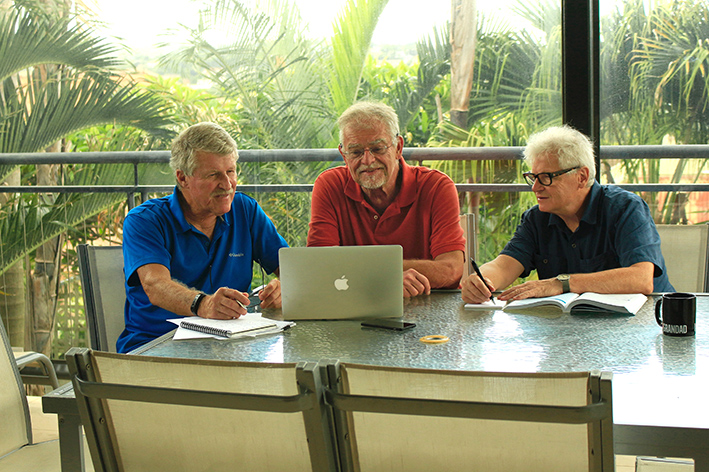 In 2008 after many years of being involved with obesity and its management at the primary care level Garry Egger and I decided it was time to change direction to focus more on the broader issue of lifestyle related chronic disease. This was partly in response to the 2006 report by the Australian Institute of Health and Welfare saying that up to 70% of all visits to the doctor are thought to have a predominantly lifestyle cause.

We coined the term Lifestyle Medicine (LM) and thought it would be prudent to set up an organisation we called the Australian Lifestyle Medicine Association (ALMA). The inaugural meeting was in May 2008 and was held at the UCRH in Lismore and we had about 50 attendees made up a few GPs and a greater number of allied health professionals from many disciplines.

The aim of ALMA was to raise awareness of LM in the management and prevention of chronic disease, improve knowledge and skills in lifestyle behavioural change, and encourage more practitioners in to this field. There has been significant emphasis on education and evidence based lifestyle medicine research. Indigenous health was given particular attention particularly addressing the social determinants of health.

There was strong support but it was challenging getting the organization up and running and by late 2008 we held the first conference for ALMA opened by Dr Norman Swan from ABC RN’s Health Report. In addition under Garry Egger’s leadership and with co-author Swedish Professor Stephan Rossner we seconded many expert contributors in the field to finally publish the first edition of a textbook on Lifestyle Medicine (McGraw Hill).

So where are we now 8 years later? In July 2015 ALMA was re-launched as the Australasian Society of Lifestyle Medicine (ASLM).  With links to similar LM organisations in many countries including the American College of LM and the European Society of LM it is planned to hold the first World Conference in LM in Melbourne in Nov 2016.

As regards the LM book we are in the process of writing the 3rd edition for publication by Elsevier. It will be translated into many different languages as the interest in this field is understandably growing throughout the world with ageing populations and increasing chronic disease largely driven by lifestyle environmental factors of the modern world.