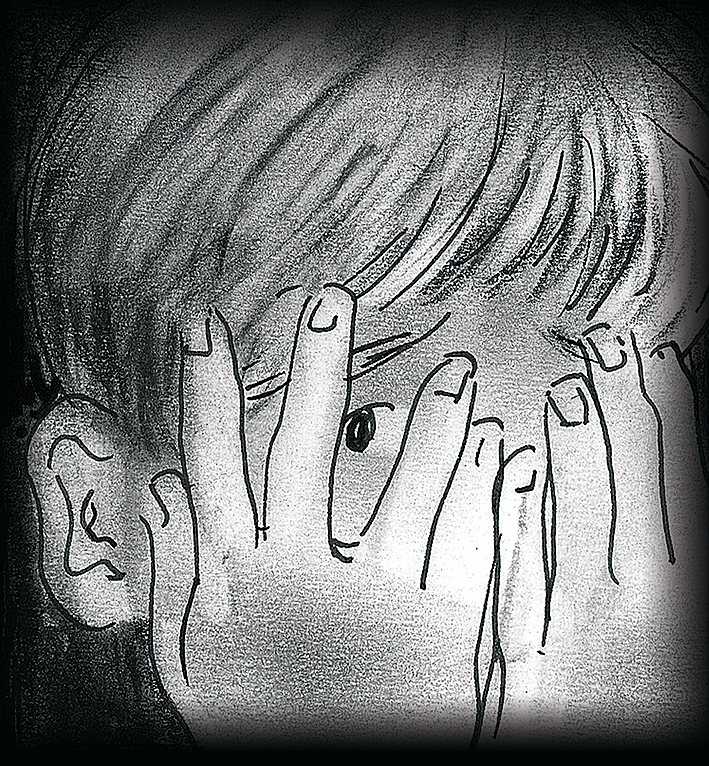 This is the second of a two-part article by Dr Andrew Binns on Adverse Childhood Experience (ACE). The first, “Childhood trauma can trigger later life obesity”, appeared in GP Speak issue of Spring 2015.

Domestic and family violence has been much in the news of late, occasioned by such dramatic events as the death of Luke Batty at the hands of his father, and a series of killings – at the time of writing, 63 deaths this year. The prevalence of this crime is alarming: one in six Australian women experience violence from a current or former partner.

The widespread community response has included high-level political involvement from state premiers and a commitment by the federal government to a $100M Women’s Safety Package to improve frontline support and services, leverage innovative technologies to keep women safe, and provide education resources to help change community attitudes to violence and abuse.

Often more hidden but equally concerning are the domestic circumstances – the private lives – under which many of our children are growing up. This significant public health issue was identified in 1989 in a large US study called the Adverse Childhood Experience (ACE study). The study followed earlier findings that many morbidly obese Americans had been identified as suffering from physical, emotional or sexual abuse or other adverse trauma in their childhood.

I discussed in an article in the previous (Spring) edition of GPSpeak – Childhood trauma can trigger later life obesity. However, as was found with further research, it is not just morbid obesity that can result from ACEs.

The ACE study was a ground breaking survey in the US by the Centers for Disease Control and the health care provider Kaiser Permanente published in 2009. The survey which was carried out with over 17,000 predominantly middle class Americans measure 10 ACEs on a scale of either 0 or 1 adding to a possible score of 10.

Some 67 per cent of respondents scored at least 1 on the ACEs, while 12.6 per cent had experienced four or more ACEs. There was a close relationship between ACE scores and health outcomes 50 years later. More importantly, the relationship was strikingly dose-dependent. COPD was 2.5 times higher in those with an ACE score of >4; depression 4 times; heart disease 3 times and suicide 12 times.

Population attributable risk figures (the proportion of a problem in an overall population that can be attributable to specific risk factors) showed that 54 per cent of current depression and 58 per cent of suicide attempts in women could be ascribed to ACEs. These lead to what has been called ‘allostatic load’ which can accumulate over the years increasing risk of many diseases.

So what can we do about this significant public health problem in general practice? Becoming a trauma informed practice is a good start as there is evidence that even acknowledging early adverse experiences can assist recovery.

When appropriate, for a GP to just ask about ACEs in a sensitive way often leads to disclosure and this in turn is followed by an appreciation that the problem has been heard and believed, with ongoing respect and support for the patient. This disclosure may not have happened before during a consultation with a health professional. Such an approach opens the way to plan for and arrange appropriate counselling and support.

Whatever therapy is advised, five foundational principles of managing trauma informed care should be considered.

The new system will be characterised by

Without such a shift in the culture of an organization or service system, even the most ‘evidence-based’ treatment approaches may be compromised.
(ASCA Practice guidelines, referencing Saakvitne, 2000; Harris & Fallot, 2001)

The fact that people who are long term unemployed often have high ACE scores reveals just how major childhood trauma can affect one in later life. Complex trauma can be overwhelming, not just for an individual but for their families and even their community.

Inter-generational trauma is often seen and when entrenched can undermine the wellbeing, spirit and social cohesion of a whole community. This problem is over-represented in Indigenous communities.

The Federal Government’s move to reduce household violence and the impact on children addresses not only the acute trauma but may result in longer-term public health benefits. The potential flow-on benefits are a reduced prevalence of many chronic diseases, including a broad range of mental health and drug and alcohol problems.

GPs in their primary care role are ideally placed to be at the frontline of listening and understanding the implications of the stories of ACE sufferers, regardless of their age. It is not a matter of ‘just get over it’ or hoping medications can solve the problem.