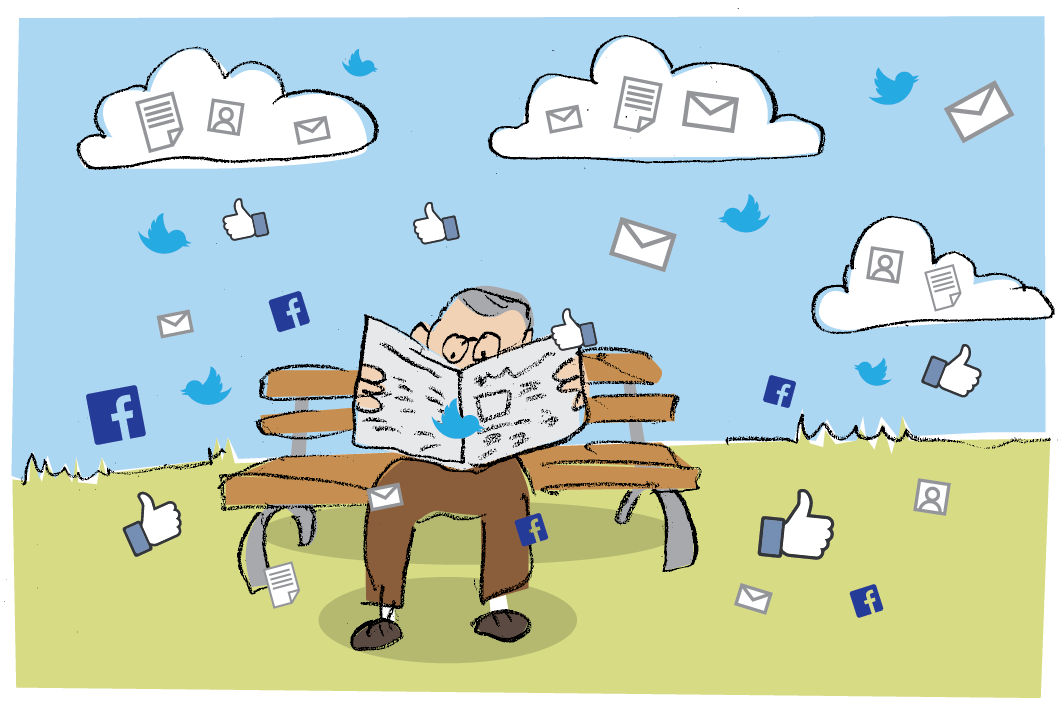 While in some ways we are more connected to each other than ever before, electronic communication is not a substitute for human contact. Facebook and other forms of social media are not for everyone, and, even for those that use such platforms, there is a limit to the emotional satisfaction one can gain from these ‘fast’ and often superficial means of communication.

In recent years, there has been a great deal of research into the effect of technological communication on mental health. Despite there being many positive attributes to these online modes (such as a more democratic representation of voices), they can lack humanity. Email does not conjure the same feeling as posting a letter; even handwritten aerograms sent overseas to loved ones a few decades ago seemed to have more meaning. Similarly, the user-experience of online mass media differs from reading printed copy, and quality journalism seems to have suffered across the board. In turn, as discussed recently on ABC radio, we are seeing a turning away from ‘too-much-ness’ and an ‘attention economy’ with a return to ‘slow journalism’ and more meaningful forms of communication.

With 25 per cent of people living alone, one in three experience chronic loneliness

So, what is it about these fast-paced forms of communication that have proven to be more alienating than connecting? We could argue that the speed of electronic communication loses something in translation. Social media can generate a sense of false reality, leaving people feeling left out, lonely, depressed, and anxious. The ease of communicating via a computer or smart phone can also be an increasingly introverted practice, and then there are those who don’t have access to the internet at all, due to cost, geographical isolation, a lack of education, or fear of this technology.

And with more people living alone than ever before, genuine human connectedness is a social priority. Statistics show that there is an increase in one-person households, and whilst some like it this way and cope well (to be alone is not necessarily to be lonely), others can find this situation isolating. With 25 per cent of people living alone, one in three experience chronic loneliness. And although loneliness can occur at any age, it is more common in the 15 to 25-year age group and, not surprisingly, in an elderly demographic over 75 years of age.

Professor of Psychology and Neuroscience at Brigham University, Utah, Julianne Holt-Lunstad told the 125th Annual Conventions of the American Psychological Association in August 2017 that many nations around the world are facing a loneliness epidemic. She drew on data from two meta-analyses for her presentation. The first found that a greater social connection conferred a 50 per cent reduced risk of early death. The second examined 70 studies and concluded that social isolation, loneliness, or living alone posed risks for premature death that were as big or bigger than obesity and smoking less than 15 cigarettes per day. Solitary living is also associated with depression, inactivity, cardiovascular disease, and increased alcohol intake.

What can be done about this problem? There are many support services for people experiencing loneliness, but one I recommend is based in Western Australia. It is called the Act-Belong-Commit campaign initiated at Curtin University. This service encourages people to take action to protect and promote their own wellbeing, as well as encouraging organisations to focus on mentally healthy activities, such as the Men’s Shed Association.

This service encourages people to take action to protect and promote their own wellbeing, as well as encouraging organisations to focus on mentally healthy activities

These A-B-C guidelines for positive mental health are a simple way to get involved with other people in your community and reduce loneliness.

ACT: Keep mentally, physically, socially and spiritually active by doing things such as taking a walk, saying hello to people like neighbours or local traders, read a book, do a crossword, dance, play cards, stop for a chat.

BELONG: Join a book club, sign up to an exercise class, take a cooking class, be more involved in groups you are already a member of, go along to community events. Keep up friendships and get involved with club and community events. If you don’t know where to start, contact your local council for help.

COMMIT: Take up a cause, help a neighbour, learn something new, take on a challenge, volunteer. Committing to challenges or causes you believe in helps provide meaning and purpose — and beat loneliness.

The Act-Belong-Commit group says being active, having a sense of belonging, and having a purpose in life all contribute to good mental health and wellbeing. By creating a simple and achievable process, this service has found an approach to combatting loneliness that is driven by the individual, but quickly forms healthy and positive connections with others. This is vital, especially in Australia where remoteness, a reliance on technology, an aging population, and increasing workloads could be seen as factors that increase our chances of experiencing loneliness.