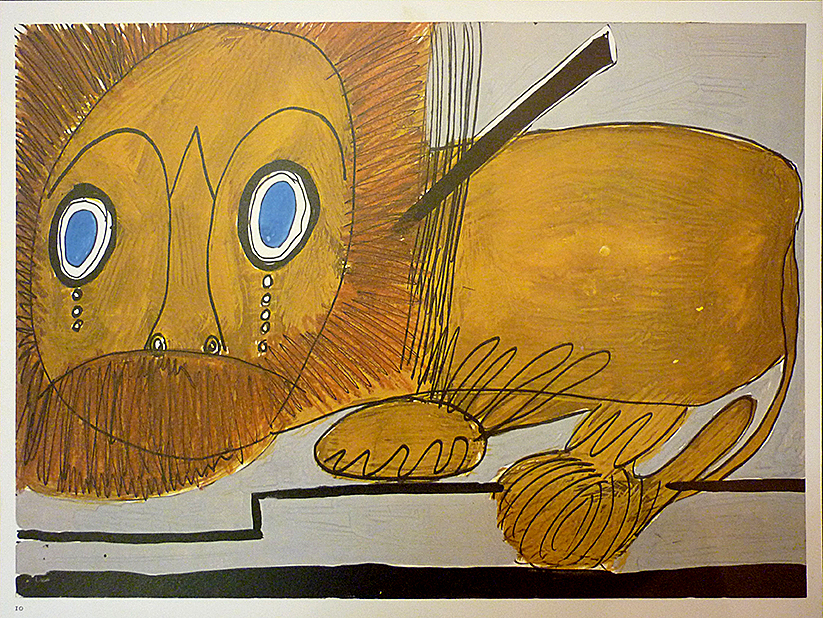 A recent show at Hobart’s MONA gallery prompts Dr Andrew Binns to reflect on the influence of ‘madness’ on art creation.

The linked question of what is art and who is an artist is forever under challenge and this came to the fore in a recently concluded exhibition at Hobart’s now-legendary Museum of Old and New Art (MONA). Featuring a collection of nearly 2000 artworks from 200 non-professional artists from around the world, the so-called “Museum of Everything’ was first exhibited in London in 2009.

The founder and collector James Brett described it as the world’s first wandering institution for the untrained, unintentional, undiscovered and unclassifiable artists of the nineteenth, twentieth and twenty-first centuries, adding that it questioned who can be considered an artist.

While Brett prefers the term ‘non-academic art’ the notion of works created by outsiders was picked up by art critic Roger Cardinal in 1972 as an English synonym for art brut (“raw art” or “rough art”), derived from French artist Jean Dubuffet in 1945 to describe art created outside the boundaries of official culture. Dubuffet’s particular focus was on work done by insane-asylum inmates.

In the late 19th and early 20th century people became fascinated with the “art of the insane”. These were times when people with serious mental illness were incarcerated in asylums, and treatments were not only largely ineffective but often harmful. One treatment that was taken seriously was art therapy and many of these people produced art that reflected their mental state and may have given some relief of their suffering.

At this time. with schools such as Dadaism and Surrealism powering, modern art was becoming more abstract. Notable figures such as Paul Klee, Max Ernst and Jean Dubuffet himself gained inspiration from art produced by the mentally ill in asylums.

The images they create are deeply personal and the result can often be non-verbal communication of the artist’s innermost feelings and mood.

In 1968 the drug company Sandoz (who made the antipsychotic Melleril) produced a series of prints done by people in asylums, calling this “Psychopathology and Pictorial Expression”. The prints came with a case history written by a psychiatrist, Dr Alfred Bader, who was Medical Superintendent of the Psychiatric Clinic of the University of Lausanne, Switzerland. The company gave the works to psychiatrists all over the world as a promotion for Melleril.

Times and attitudes have changed, and medical treatments for calming and improving the mood of severely disturbed people in asylums have enabled them to live in less institutionalised environments. It is 35 years since the Richmond Report recommended moving people out of psychiatric wards in mental institutions to be cared for in the community. The deinstitutionalization process actually began in the 1960s.

Today outsider art can now encompass almost all aspects of naïve and self taught art, while Art Brut still remains at its core. Outsider art has established itself as a vibrant component of the art of our time and continues to have influence on contemporary artists.

Quality works of art can be created by people who have no art training and they can come from all walks of life. The images they create are deeply personal and the result can often be non-verbal communication of the artist’s innermost feelings and mood. There is often therapeutic value in creating this work, particularly for those with mental illness. Such work can be discovered in any community and should be valued.