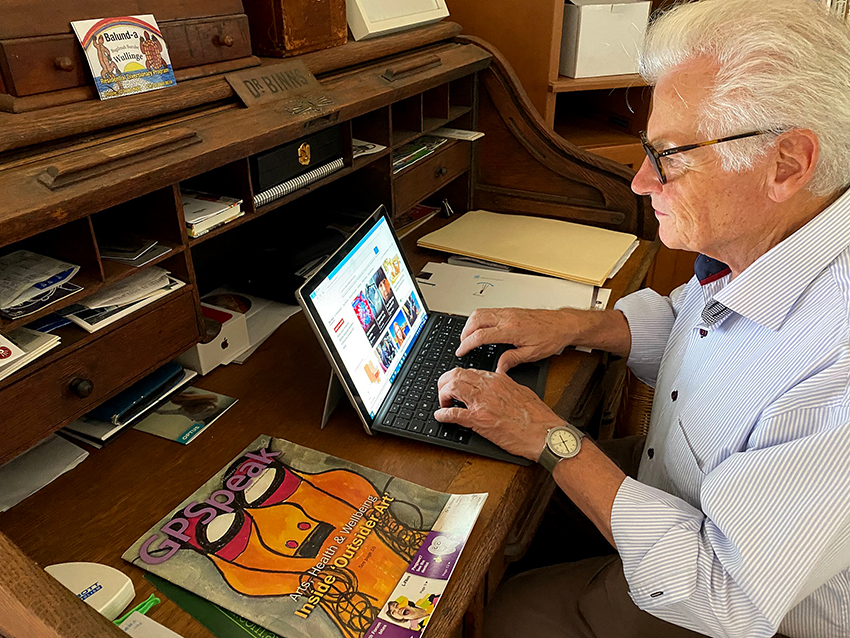 As an observer of the world and 40 years working in general practice, I’m pleased to have created a website to provide a platform for articles about health and wellbeing.

As anyone working in the health field knows, social determinants play a major factor in contributing to poor health. These include income and social status, education and literacy, access to health services and childhood experiences.

Some of the most forgotten people suffering ill health are those who are incarcerated. I advocate for them too.

I envisage this website will grow over time. If you are interested in contributing to Healthy Aspirations please email me at: andrewbinns1@bigpond.com

Having worked in health journalism for more than 20 years, I gain a lot of satisfaction writing about people and pathways to improve the wellbeing of everyone in the community.

I also bring personal experience to my writing. I had a spell in hospital for 15 months from June 2005 after being diagnosed with acute lymphoblastic leukaemia. Fortunately, one of my brothers became my bone marrow transplant donor and I am now fully recovered. Both the experience of being in medical care under acute circumstances, and the long road to recovering my health both mentally and physically have given me a broad perspective of what health and wellbeing really means.

There are so many different factors that influence a person’s health status, some of which are rarely given space in the media. I am excited that Andrew has created this website to provide a platform to discuss these important issues with the wider community.

Janet was the editor of HealthSpeak magazine for 10 years and also worked on Australian Doctor and Pharmacy News publications. She began her career at the Sunday Telegraph before moving to ABC Radio and then the Sydney Morning Herald.

Janis has held positions as Associate Director at MTC directing 11 productions, dramaturg-in-residence and Artistic Associate at QTC and member of the Literature Board and Theatre Board of the Australia Council and the Theatre Committee of ARTSNSW.

Janis received the Victorian Premier’s Literary Award in 1985 and has been the recipient of Literature Fellowships in 1985,1994 and 2014, and a Theatre Board Fellowship in 2001.

Janis was awarded his PhD by the Queensland Uni Of Technology in 2012.